The main activity of the Project is the treatment of international humanitarian causes, through the creation and realization of high-level artistic events, thus enhancing art as a promoter of peace and interaction between cultures. Training programs for young artists are supported and, in collaboration with internationally recognized organizations, aid is offered to families in refugee camps with particular attention to education. The Project is independent of any political, ethnic and / or religious beliefs. It embraces all those who work for the humanitarian good. The first cause addressed by the Project is the promotion of peace in Syria.

A concert or a musical performance that tells true stories of Syrian victims. Both forms have been designed to be adaptable and adapted to various contexts of representation: The concert form is accompanied by readings reciting the stories, short speeches and testimonies to summarize the last important updates on the Syrian reality. The performance form interprets the stories through reciting/singing the dialogues and with body movements.

The scope of C.R.C.World is to build a cultural and artistic bridge between the European and the Arab World. Our method is to create initiatives and projects that allow comparisons between different experiences and can achieve synergies in activities with common interest and relevance. By calling upon skilled and qualified people we can make innovative contributions to the future development of projects involving participant organisations. The company name is not a casual choice: the terms Culture, Research and Communication clearly represent our approach, and these values will work together to ensure rigor of content and achieve the maximum in terms of applicability, realization and divulgation. 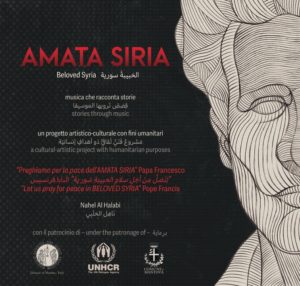 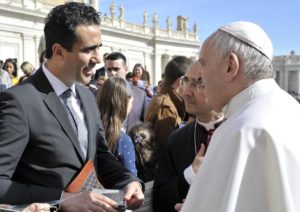